Selling 10,000 CDs As An Independent Artist Is Like Going Gold On A Major Label

An album reaches gold status when it has sold 500,000 copies. To many artist a gold selling record would be considered a success in the music industry. You would think that the major artist on a major record label would have made tons of money from a gold selling record but it's quite the contrary. After the record label takes its cuts for promotion and production of the album the artist is usually left with less than 2% of the revenue generated from album sales (estimate of 40k). But how many records does an independent artist have to sell to make the same amount of revenue as major artist? Check out this video from the professionals at Disc Makers discussing the comparison of major artist on major record labels vs independent artist.

Where did they go? Who was left out? What does the future hold for Milwaukee Talent?

A fan from Arizona sent me this article awhile back. Prior to then I had never even seen it, but it appears to be a very OLD article.  I have decided to share it.  Being from Milwaukee I know that there is lots of talent from the city.  I often wonder why so few have ever made it to the MAINSTREAM.  Why is talent from Milwaukee so often overlooked?  Is there ENOUGH support for emerging artists from Milwaukee?  Still seems to me that there is just SO MUCH talent and very little acknowledgement in both the PRESENT and the PAST! So what does the future hold?  If you're an artist or dj, etc., from the era and the city and you're reading this and you're still doing your thing view this as an opportunity to let the people know you're STILL at it and where they can find you (website, etc.,)!  Add your comment and feel free to share your thoughts?  Peace. 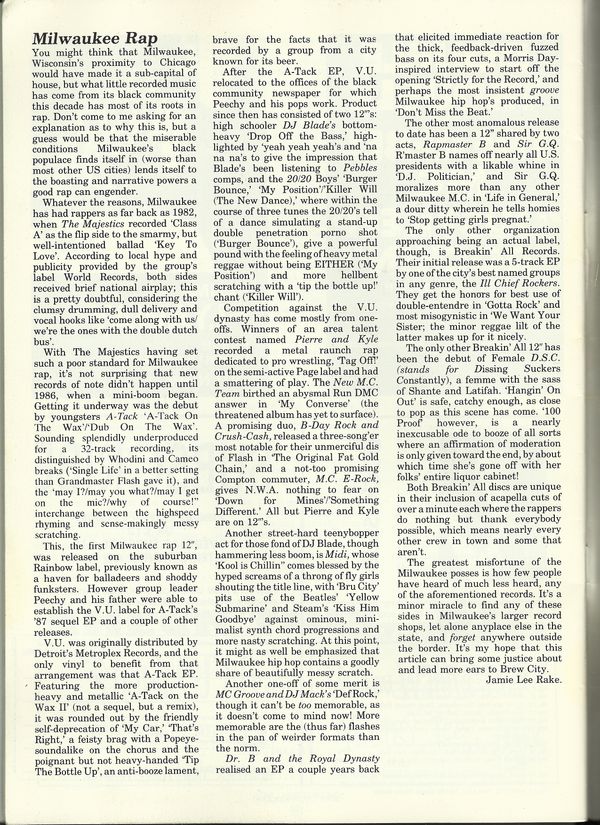